The West Bay Sports Foundation (WBSF) is pleased to announce that preparations are at an advanced stage for the 2016 Cayman Airways Invitational Youth Football Cup to be held 10-15 May.

A dozen teams have been confirmed for the tournament including the top-rated UK academy side from Manchester City FC and a Cayman Select Under 15 Team. Five (5) Major League Soccer franchises will also be sending their youth teams — LA Galaxy, Seattle Sounders, DC United, Houston Dynamo and Orlando City FC. Also participating is Swindon Town FC from England; IMG Academy from Tampa, Florida; Cavalier Soccer Club from Kingston, Jamaica; C.D. Victoria from Honduras; and the Cuba National Under-15 Team.

“The WBSF wanted to attract the best youth academies to our islands to help provide opportunities intended for our local players and coaches to reach their full potential,” said WBSF co-founder Arden Rivers. “Players will be exposed to different playing styles and levels of play to help them foster their talent.”

In addition to securing title sponsorship from the national airline, Cayman Airways, the Cayman Islands Government through the Ministry of Community Affairs, Youth & Sports and the Ministry of District Administration, Tourism & Transport has also thrown its support behind the tournament

“The availability of good quality competition is critical for the growth of any sport. This is an expensive proposition for small islands such as Cayman. The tournament offers our young footballers an opportunity to test and strengthen their training against quality competition on home soil,” said Minister of Community Affairs, Youth & Sports, Hon. Osbourne Bodden.

“This particular tournament organised by the West Bay Sports Foundation has done well to attract such high quality clubs and teams, and demonstrates the capability and attractiveness of the Cayman Islands as a sport tourism destination.”

Minister of District Administration, Tourism & Transport, Hon. Moses Kirkconnell added: “Hosting events like the Cayman Airways Invitational Youth Cup is tremendously beneficial to the Island and delivers a positive impact on many levels. For example, the number of teams and officials landing on Island boosts stay over arrivals at a time when seasonal visitation would typically begin to slow. Over the short term, this increase in visitors drives a corresponding increase in the demand for services, and is beneficial to a wide range of businesses such as hotels, restaurants, transportation and car hire services.

“Sports tourism is a rapidly growing sector of the industry and over the longer term, the prestige of hosting these types of tournaments on our shores helps to build awareness of the Cayman Islands as a sports tourism destination. It also highlights that outside of our award winning beaches and water based activities, we have a plethora of other things to do year round that make our Islands interesting and exciting to come to,” Mr Kirkconnell said.

During the tournament, Manchester City FC coaches will be conducting a special 90-minute camp for 20 participants — 18 outfield players and two goalkeepers. Another bonus is that Manchester City FC officials will select 1 Caymanian player (with an accompanying coach to observe) to attend a one-week training opportunity at the Manchester City Academy.

About West Bay Sports Foundation
The West Bay Sports Foundation (WBSF) is a non-profit organisation born out of concern for the well-being of our country’s youth and the recognition of the many problems affecting them. Founders Arden Rivers and Mervin Smith formed the Foundation in 2009 with the intention of helping make a positive influence in the community through sports and education. The objective of the Foundation is to promote sports primarily in West Bay and to assist any Caymanian athletes in the Cayman community further their education locally and overseas. Since its inception in 2009, the Foundation has hosted the West Bay Community Cup Youth Football Tournament at the Ed Bush Sports Complex and has made this an annual event. Through these types of fundraising events, the WBSF has been successful in providing financial assistance to many young Caymanian students studying at high schools and universities in the Cayman Islands and overseas as well as financial assistance for young Caymanians in need of medical procedures. 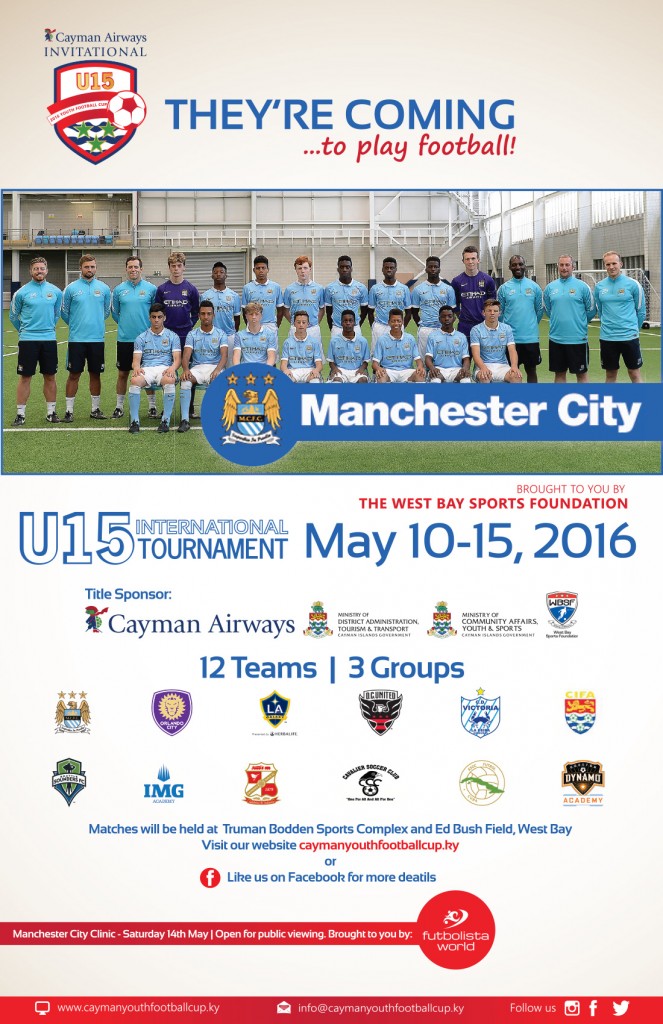